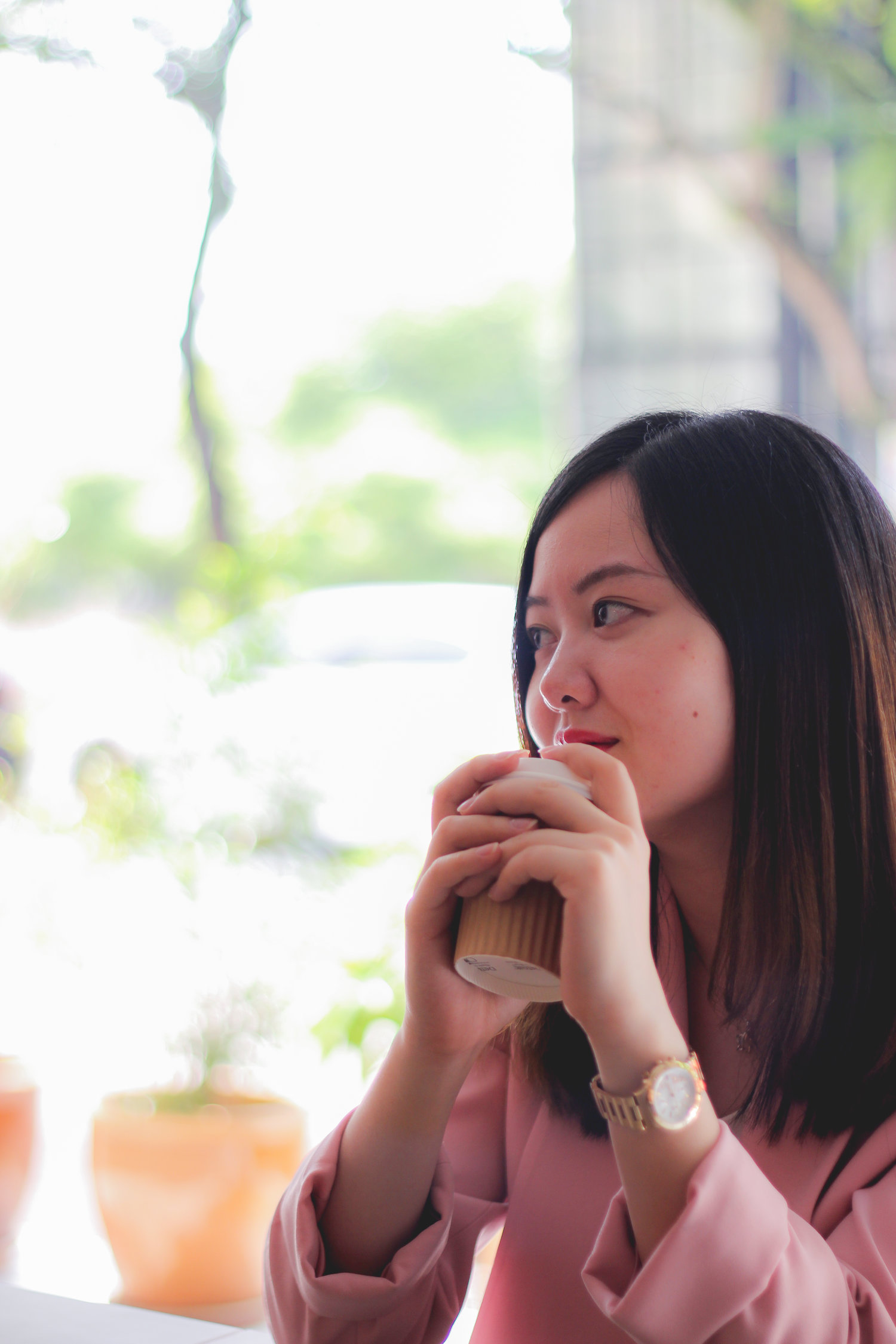 For 26 years-old Management Consultant, Grace or more fondly known by her friends and family as Yan Kee – she had always believed in the existence of God in her life. Thinking back, she’d always been curious but never took it upon her curiosity to find out more. Life was an uphill climb but she enjoyed every part of it, right up till the start of 2017, when her familiar world came crashing down. It was then that her life.. began.

I’ve always lived a pretty contented life where I had good people in my life and opportunities came when I went knocking. My family practised Taoism, although I never really practised it myself. I knew God existed but I never really explored a personal relationship with Him. To me, life was constantly led by rules, regulations and sometimes superstitions and fear. Religion was the last thing I would have in my mind.

But about a year ago, my relationship of 3 long years came to a halt. I felt like my feet was swept by a current and I was drifting everywhere. Even though we ended things amicably, it was still a hole in my heart I struggled to fill and it felt like I was falling down a rabbit hole.

It was then Alpha came into the picture. To be honest, coming to Alpha was definitely not planned for. On a random weekday evening, an Alpha sticker on my colleague’s car caught my eye and I found myself curious. So I asked him about it and found out that he was attending Holy Trinity Bukit Bintang at the time and had already attended Alpha before. He invited me to join him for one of the first few sessions of Alpha and I reluctantly agreed. (He even made me put it in my calendar!)

My first session in Alpha caught me by surprise. After watching an episode of the Alpha Film Series (AFS), I found that I had infinite amount of questions. One of it being – If God’s real, why is there only ONE God? The leaders and members took time to discuss each question and I found myself looking forward to each week of Alpha. I even started attending Alpha on my own without my colleague after a while.

It was at the Alpha Weekend Away that I found myself encountering God for the first time. I discussed about the Holy Spirit with my colleague and he shared about his personal heartfelt experience. So, I said a quiet prayer saying: “God, if you are indeed real then come into my life but can you come when I am alone so I don’t embarrass myself in public?” It was a personal relationship after all. (Laughs)

After the discussions, we were led into a session of prayers and I felt a sudden presence of God and heard Him say, “You deserved to be loved” and I broke down in tears. A member of my group, Andrea asked if she could pray for me and I accepted. Amidst tears and prayers, I felt my burden lifted, and I felt hopeful again. I encountered yet another magical moment soon after when a lady offered to pray for me at the end of the session, and gave me a reassuring hug. That hug was all I needed but I’d never told anyone about that experience. It felt like God heard me, and I knew it came from Him.

That is not to say I didn’t struggle with my hopes of reconciliation with my ex; hoping for a chance to express how I really felt about us and the possibility of doing it over again. I mustered up all the courage I had and I did just that, and for the first time after the break up I felt like the outcome hanged on the flip of a coin but at least I’ve shared how I felt.

Despite that, nothing prepared me for the message I received on that Monday morning. I had hoped for a chance of redeeming this relationship, but it was not meant to be and I found closure albeit it being a much bitter pill to swallow than I’d hoped. I was in the midst of work at the time but found I couldn’t concentrate so I took the remainder of the day off and left the office. I soon found myself in a book store and chanced upon an interesting book. I didn’t think too much about it, but later a friend of mine shared a verse with me through a message and coincidentally a fellow Alpha member (Uncle Leon) shared the same verse with me two days after. It was, Jeremiah 29:11 “For I know the plans I have for you,” declares the Lord, “plans to prosper you and not to harm you, plans to give you hope and a future.” That same verse I took a screenshot out of that very book I read just the other day. I thought it must have been a coincidence. On Sunday that very same week, I attended a friend’s church and the pastor spoke about that same verse for two hours and I had to admit, If i kept on pretending I didn’t see the sign, God would just keep showing it to me again and again.

I knew then that God was telling me that I should move on and start over. I believed that God has the best plans in mind for me and for him as well, and I am at peace with that. From the moment I opened up to God, the biggest takeaway for me was His love. God loved us so much and gave us free will and that made me realise that sometimes when I love a person, the best thing I could do for the other person is to give them my best wishes and freedom to pursue things they want in life. I also started doing things I enjoyed, such as picking up piano lessons and joining the toastmasters.

Alpha truly gave me an outlet to question about life and build relationships with amazing people every day. I even started using the Bible in One Year app and now I wake up to worship music in the morning and thought to myself: “So, it’s me and you now eh God? And I wouldn’t have it any other way.”

I now attend Holy Trinity Bukit Bintang (HTBB) and my two sisters joined me at the following sessions of Alpha and I can see that God is working in my family and I can’t express the joy I feel about that.