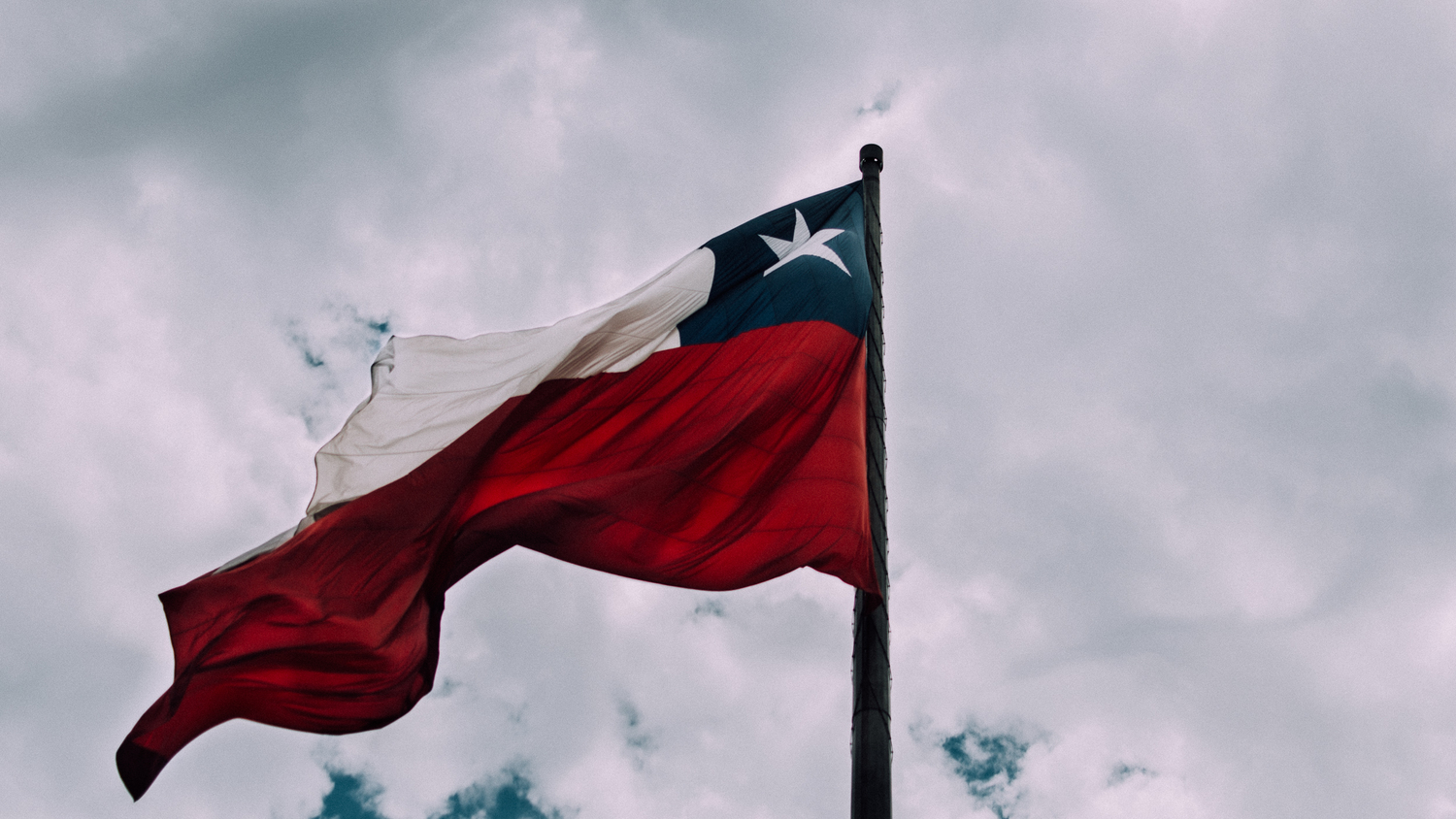 Alex Watts writes about his experience of meeting José Henriquez Gonzalez in Talca, Chile as part of the crew for the new Alpha Film Series. José was one of the thirty-three survivors of the Chilean mining disaster of 2010 – an accident that made headlines around the world and changed the lives of its victims forever:

Chatting to José you are transported to the San José copper-gold mine near Copiapó in Chile, which, on the afternoon of Thursday, August 5, 2010, catastrophically caved-in.

Buried far underground for sixty-nine days, over 2000 feet deep, three miles from the mine’s entrance were thirty-three miners including José who were left battling severe thirst and hunger, physical and mental fatigue. Ultimately, with little hope they would be found, less of survival.

This story has become part of the history of Chile for over five years now, but a few months ago I found myself on a thirty-two-hour bus ride to hear first-hand José’s personal account which describes an almost unbelievable adventure of terror, perseverance and how prayer defined and transformed his experience. You can’t quite believe he might not have been with us today to tell his tale.

José and his story feature in the new Alpha Film Series – Watch the first episode.

A couple of days before the trip I was asked if I would like to travel from Córdoba Argentina, where I’m currently based, to Chile as a translator for the new Alpha Film Series to help interview a miner who had been part of the Copiapó accident. Before I knew it, having accepted the invitation, I found myself boarding a bus to the Chilean capital with my friend Ignacio, the team’s photographer. We were off on an adventure to meet both a film-crew and a miner we had never met, in a place we’d never been.

Santiago, the capital of Chile, is a thriving city. With its huge, snow-covered mountains encircling its Eastern border, it makes for one of the most impressive places I’ve yet seen in Latin America. After a day or two acclimating to this unique place, we met the film crew and jumped in a little minibus on our way to José’s hometown, Talca. Talca is around a three-hour drive from the capital, which leads you past endless vineyards and mountains.

The Gonzalez family, by which I mean aunts, uncles, cousins and grandparents, live in a collection of houses clustered on the outskirts of Northern Talca. Upon arriving, my first impression of José was his enormous smile and the genuine warmth with which he invited all seven of us strangers into his home. Passing through the house you see a multitude of pickaxes, helmets, plaques and medals, a collection that any museum would be proud of.

After initial introductions and some delicious fruitcake and máte, a traditional South American hot drink, he began to explain how this hadn’t been his first mining accident in his career but that the 2010 incident was different, it united continents in prayer and changed the direction of his life forever.

The former drillmaster described to us what happened when his family first heard news of the catastrophe. His granddaughter was watching the television in the living room after school, flicking through channels when she saw what was happening in the mine, eight hours away from the Chilean capital Santiago. His wife, Blanca, quickly turned off the TV, grabbed her granddaughter’s hand and knelt down on the floor of their front room, knowing the only option they had in that moment was prayer.

The way in which faith and prayer seemed so inherent and central to this family was made further evident as José explained how he had been working in the mines for thirty-three years prior to the incident and how every day before entering the mines he would ask God to be with him. On August 5, 2010, it was no different.

He talked to us patiently and thoughtfully, clasping his large, rough hands on the table in front of him, not wanting to miss out any details as if it was the first time he was sharing his story.

He began to tell us about the serious mental and spiritual battle that understandably took place not only in the group but also in his heart. He held back tears as he described how he never lost hope in the refuge at a depth of 2,260 feet, and how, as a group, regardless of their faith or religion, they came to the logical conclusion that unless God performed a miracle, there was no way out.

The hope José had spoken about for years in the light seemed so relevant in the dark shadow of the mine.

The ever-smiling man explained how he organized daily prayers and attempted to keep up morale amongst the men anyway he could. Twice a day they would gather in a circle and pray, a space where each one of the miners could share their thoughts and where they began to ask God for a miracle.

The men had only three day’s worth of tinned supplies with them when the collapse occurred. Through careful and disciplined planning, they managed to ration the food to sixteen days. On the seventeenth day, not a moment too late, the miracle they had been praying for began to unfold. José explained how the men became aware of machinery overhead and knew that help was on the way. One of the rescue team’s probes successfully reached the miners, who were able to attach a note declaring, ‘All thirty-three of us are well inside the shelter.’ a note that José, in fact, has framed and mounted on his wall.

It took a further fifty-two days in total before the miners would see sunlight again, but in that time, through paloma supply tubes, they were sent notes, food, equipment, fresh water and home comforts.

What the thirty-three men weren’t aware of was the community and attention evolving above ground in what became known as Camp Hope. Schools were created for the miners’ children and families camped and ate together not wanting to leave their loved ones: whether sons, husbands, fathers, grandparents or dear friends.

Eventually, on the sixty-ninth day: October 13, 2010, the final man of the thirty-three, Luis Urzua, was winched through the escape shaft to safety at ground level. The unbelievable, exhaustive ordeal was finally concluded.

What struck me most was the way that José continually thanked God throughout our conversation – in almost every statement and sentence. He was enthusiastic to share with me his experience of God’s love and mercy as well as recounting how he had come to terms with the fact that everything that happened was God’s will – including that twenty-two of the men came to faith in the dark of the mine.

At sixty-years-old José is now retired; he left the mining business behind but has never forgotten the experience of what happened. Truthfully, he hardly has time to go back to work with his busy speaking schedule which has taken him around the world for the last five years.

He doesn’t travel alone but alongside his friend, pastor and translator Reverend Alfred Cooper. Alfred, former chaplain to the Chilean president, told us how prayer wasn’t just a central part of life in the mine but also above ground in the presidential palace where they gathered to pray with the President as soon as they heard the news that the San José mine had caved-in.

We discovered during our time in Chile how much of an impact the miners have had on their country. They may not be known individually, but as a group they are as famous as their national football team. This is clearly a population that was affected by the miners’ struggle and by their escape in the face of tragedy.

I’ll end this with one simple yet powerful statement José said, which has stuck with me ever since: ‘When we felt we had lost everything, I could say that we hadn’t lost prayer and as you really can see, prayer works.’

Name Alpha USA in your Will

If you are writing your will for the first time, revising your existing plans, or own investment or retirement accounts or life insurance policies, please consider including Alpha USA among your charitable beneficiaries. In your will, you can name Alpha USA the beneficiary of a set amount, a percentage of your estate, or a percentage of your residual estate after you have taken care of your loved ones. If you have already written your will, it is usually very easy to create a codicil, or amendment, to your will. A codicil with specific changes, witnessed and notarized, is typically accepted into probate with the original will. If you need specific language to include in your will, contact the Vice President of Development at 1-800-362-5742 or kylewallace@alphausa.org.

Annuities and Other Life Income Gifts

Alpha USA can help you establish a charitable gift annuity that will pay you or a loved one an annual income for life. The remainder of the investment, when you no longer need it, goes to Alpha USA.

If you are a younger donor, a deferred gift annuity can help you plan for your retirement. By investing now and deferring the start of income payments until you reach retirement age, your initial investment has more time to grow.

In either case, the donor receives a tax deduction for part of the initial investment, plus a guaranteed revenue stream that is partially tax-free. Alpha USA receives the remainder. Each charitable gift annuity is unique to the circumstances of the donor. To learn more, discuss your options, or receive a customized annuity illustration, please contact the Vice President of Development at 1-800-362-5742 or kylewallace@alphausa.org.

Owners of Individual Retirement Accounts must begin taking Required Minimum Distributions at age 70 1⁄2. After that, a permanent tax provision allows you to make gifts to Alpha USA and other qualified charities directly from your IRA. These gifts are subtracted from your Required Minimum Distributions and do not count as revenue on your taxes. Because this type of gift actually reduces your income, it offers tax benefits even if you do not itemize your deductions.

Giving stock directly to Alpha USA may allow you to increase your gift and your tax deduction. When you give stock shares, you generally take a tax deduction for the full fair market value, which may be more than your original investment. Giving stock may offer significant advantage over giving cash, or selling your appreciated securities and contributing the after-tax proceeds.

Please contact Finance at 1-800-362-5742 and let us know the type of stock and the number of shares you plan to donate. This will allow us to properly track your donation and ensure that it is transferred correctly and that you are properly credited and acknowledged.