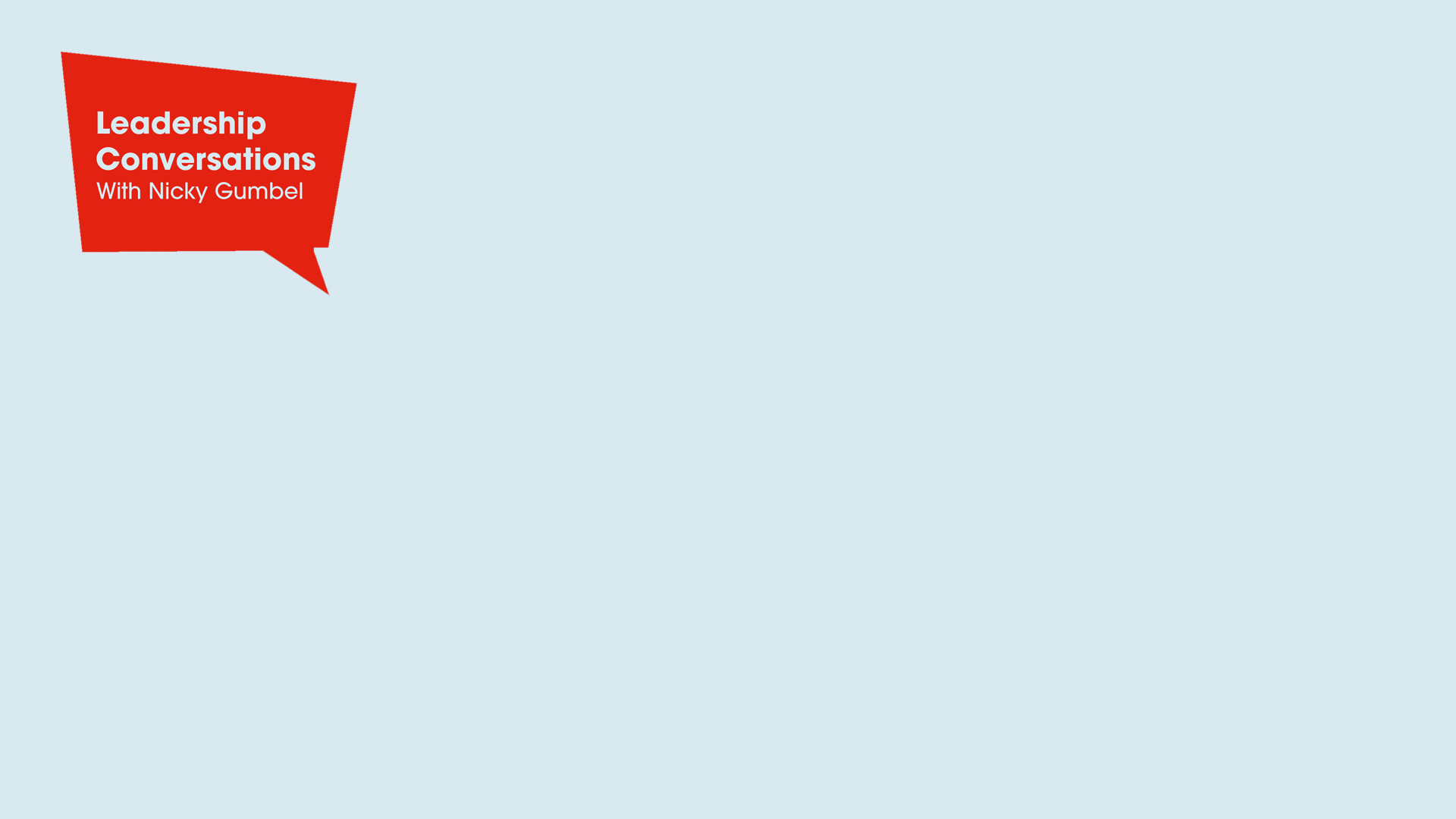 This is the full conversation between Nicky Gumbel and Francis Collins from this year’s online Leadership Conference. Listen as Nicky talks to Dr. Francis Collins on leading in the fight against COVID, reconciling faith with science, and why he’s hopeful for our future.

This is the full conversation between Nicky Gumbel and Francis Collins from this year’s online Leadership Conference. Francis Collins is a leader and intellect of magnitude. In the past, Francis led a team of over 2000 scientists in 6 different countries in the incredible feat of accurately sequencing the 3 billion nucleotide base pairs in the human genome. Today, he works as the director of the National Institutes of Health, helping Dr. Anthony Fauci move the USA through the COVID-19 crisis.

At the core of all that Francis does today is a vibrant, life-giving relationship with Jesus – though that wasn’t always the case. In his early life, Francis would have described himself at different points as an agnostic or atheist. Growing up in an intellectual home, from Francis’ perspective there didn’t seem to be much room for faith, religion and God. It wasn’t until Francis was in his 20’s at the bedside of a dying senior woman that he began to ask himself what he truly believed about the ultimate questions in life. After two years of researching and discovering the Christian God, Francis gave his life over to Jesus.

Since then, Francis has been an advocate for the complementary nature of science and faith. To Francis, the two are not mutually exclusive but they work together to build out an awesome picture of God. “In my experience, science and faith coexist on a daily basis” says Francis reflecting on over 4 decades as a Christian scientist. He encourages people to read both God’s words in the Bible (faith), and to study God’s work in creation (science). In this interview, Nicky and Francis discuss the above as well as the undertaking of the Human Genome Project, Francis’ reflections on the pandemic and why he remains hopeful for the future moving through the COVID-19 crisis.

We hope you enjoy this conversation with one of the world’s most brilliant thinkers and scientific contributors.

The Language of God by Francis Collins

Francis S. Collins, M.D., Ph.D. was appointed the 16th Director of the National Institutes of Health (NIH) by President Barack Obama and confirmed by the Senate. He was sworn in on August 17, 2009. In this role, Dr. Collins oversees the work of the largest supporter of biomedical research in the world, spanning the spectrum from basic to clinical research. Dr. Collins is a physician-geneticist noted for his landmark discoveries of disease genes and his leadership of the international Human Genome Project, which culminated in April 2003 with the completion of a finished sequence of the human DNA instruction book. He served as director of the National Human Genome Research Institute at NIH from 1993-2008.